When a Feeling of Impending Doom Signals an Oncoming Migraine Attack 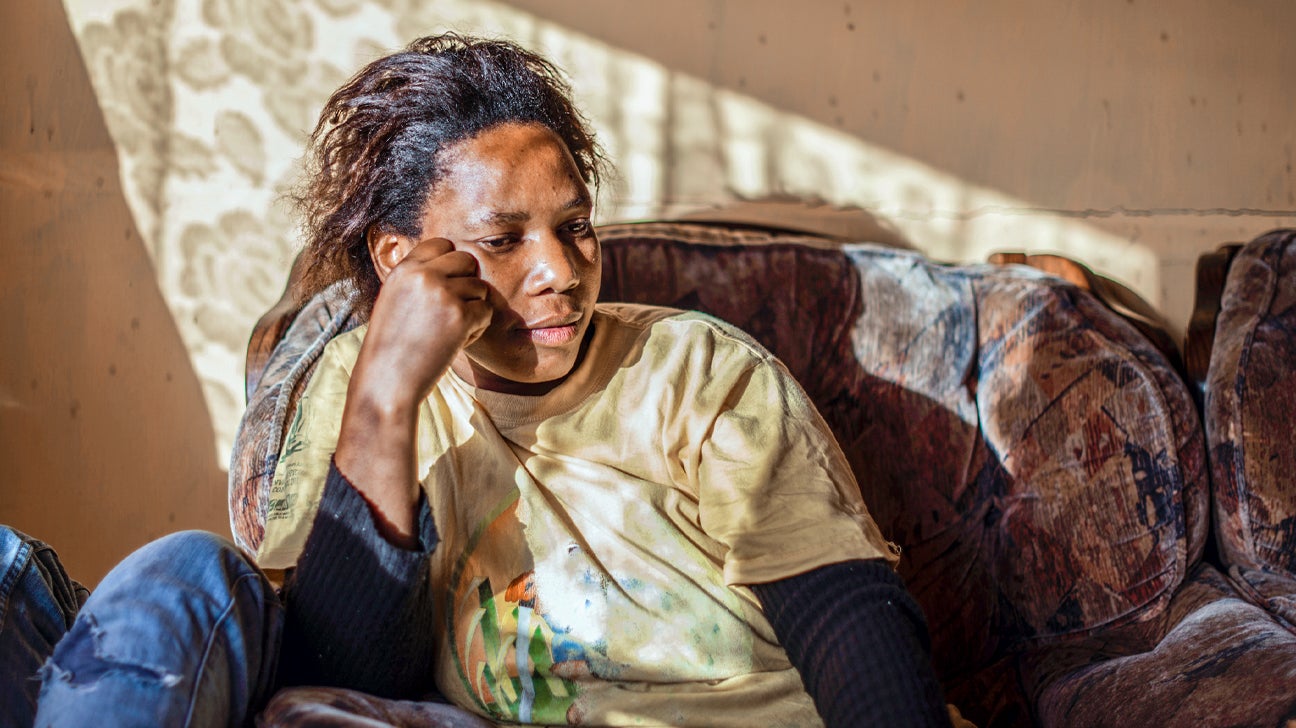 I’ve had health issues, including migraine, my entire life. My childhood was marked by headaches and stomachaches that ultimately were diagnosed, as an adult, as an autoimmune disease.

My childhood — and adulthood — was also marked by anxiety, but we’re taught not to mention that, particularly as women. We’re taught to push through.

Conditions, particularly migraine and anxiety, are something we must just learn to live alongside.

However, in August 2018, I began experiencing strange symptoms that left me confused and frightened. The feelings began with a tightness in my belly and a feeling of lightheadedness. Alarmingly, a deep sense of impending doom, or foreboding, followed.

Shortly thereafter, I would develop an intense headache. These symptoms occurred numerous times over the next several months until I finally made an appointment to see my primary care doctor.

As I described my symptoms, my physician appeared puzzled and at a loss, which isn’t his typical demeanor. As I heard myself attempting to describe these feelings, I began to question myself and my emotional well-being.

The doctor didn’t dismiss my symptoms, but attributed them to the stressful life I lead. This made sense, but it did little to ease my concerns.

I couldn’t find much information about what I was experiencing

My symptoms persisted. I wondered if there was a physiological basis for these symptoms that I wasn’t considering, knowing that my loved ones with seizure disorders describe their pre-seizure episodes as feeling doom-like.

I decided to Google “migraine preceded by foreboding or impending doom” to try to describe the unshakable pre-headache premonition that something tragic is about to happen, felt before each migraine.

I was shocked to see a couple of hits in my search results.

I learned that a sense of foreboding or impending doom can occur not only prior to a seizure, but can be associated with a heart attack or other cardiac event, anaphylaxis, panic disorder, blood transfusions, pulmonary embolism, and reactions to toxins and poisons.

I noted that there weren’t many academic articles on the specific kind of migraine prodrome I was experiencing. But I knew, based on my experiences with lupus, that this didn’t mean my experience wasn’t valid. It just wasn’t studied and written into record — yet.

If my mood could change and fatigue increase, if I could have an aura, kaleidoscope vision, light sensitivity, insomnia, nausea, constipation, diarrhea, muscle stiffness, a need to incessantly yawn, food cravings, or increased need to urinate, why couldn’t migraine cause a feeling of dread?

Truly, I can’t think of much more dreadful than a migraine attack.

The above symptoms are well described in medical literature and accepted as typical features of a prodrome, the phase before the onset of an attack. Why not an acute sense of angst?

In my quest for answers, I stumbled upon an article by The Migraine Girl describing exactly what I’d been feeling:

“It’s not that I feel depressed or sad as part of my prodrome (though that happens, too). It’s that I have a cinematic feeling of deep foreboding, an unshakable sensation that something is very, very wrong,” she writes.

Why was I never taught that this symptom could be explained by my condition? And further, that knowing to look for this symptom early could diminish or fend off an attack altogether?

Perhaps it’s my age. Maybe pediatricians today are noting in their young patients who suffer from headaches, or from stomachaches that could be explained as “stomach migraine,” that a feeling a child may describe like anxiety could have other implications.

This isn’t to diminish anxiety and mental health diagnoses, and certainly not to diminish symptoms of mental illness in children, but to ask why children and women’s symptoms are always diminished as the norm — as the rule and not the exception.

At the least, I think it would serve the migraine community well to increase awareness around this side effect. I wonder how rare it really is? Perhaps it’s just rarely diagnosed.

Naming it gave me the power to cope

It doesn’t give me the ability to make the feeling go away, or to prevent the feeling or impending pain altogether. It allows me to prepare — even if my triage doesn’t result in my feeling better any time soon.

If I catch the feeling soon enough, depending on how intense it is, I can take my migraine premeds. I can try anti-inflammatories. Ice. Cooling soft gel sheets. A hot shower. I can lie down in a dark room. I can treat any current nausea, dizziness, and pain.

I know what it is, what it means, and that eventually it will pass. However horrible, it will be over eventually.

I have some comfort in the knowledge that I can ride it out. I have many times before.

Alyssa MacKenzie is a writer, editor, educator, and advocate based just outside Manhattan with a personal and journalistic interest in every aspect of the human experience that intersects with disability and chronic illness. She wants everyone to feel as good as possible. You can find her on her website, Instagram, Facebook, or Twitter.