We Need to Talk About Chronic Pain and Suicide 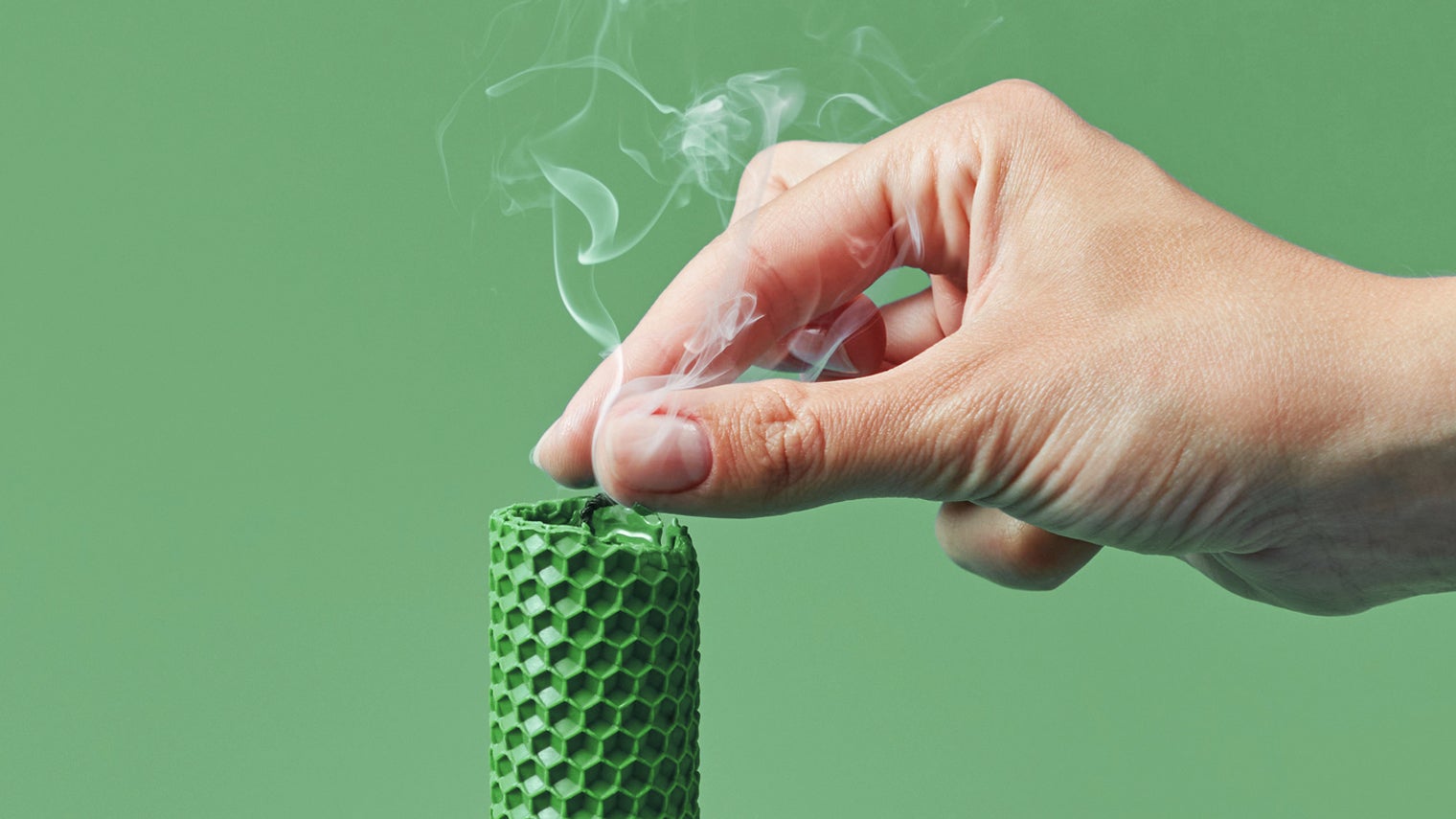 Chronic pain can negatively affect a person’s mental health and lead to thoughts of suicide. Factors like stigma and being dismissed by doctors can heighten this risk, which is why speaking out about this issue is so important.

Remember that you’re not alone

If you or someone you know is in crisis and considering suicide or self-harm, help is available with these resources:

Chronic pain has been my constant companion for nearly 15 years.

Living with chronic pain is an exhausting and demoralizing experience. In moments of crisis, it forms a toxic bond with my mental health, preying on its weaknesses and placing my life at risk.

After years of being shunted between specialists and unable to find effective pain relief, contemplating suicide became a welcome daydream. On more than one occasion, I began to plan the steps.

In one 2018 study, researchers found that people with chronic pain and depression who experienced suicidal ideation “were twice as likely compared with nondepressed patients to have attempted suicide at least once.”

Meanwhile, little has been done to combat this. The phenomenon often goes unreported and is underrepresented in campaigns focused on suicide prevention.

But what is chronic pain?

“From a clinical perspective, chronic pain is often regarded as pain that persists past 3 months or past the period in which an injury would normally be expected to heal,” explains Jacob Hascalovici MD, PhD, a board certified pain specialist and Chief Medical Officer of Clearing.

Chronic pain is not limited to conditions like complex regional pain syndrome and fibromyalgia. It can also be present in illnesses such as irritable bowel syndrome, endometriosis, arthritis, nerve damage, and multiple sclerosis.

The unpredictability of chronic pain plays a significant role in its association with higher rates of suicidal ideation, attempts, and suicides. It’s not easily managed and may negatively affect a person’s mental well-being.

My early experiences with chronic pain and suicidal ideation

Ever since the first stab of pain shot through my ribs and stole my breath away, my pain has been present 24/7/365.

It began with low pain levels and, over time, progressed level by level until the pain scale ending at 10 felt like a cruel joke.

As a young teenager, I couldn’t comprehend managing the pain and relied heavily on opioid medications. It took 15 years to receive a complete diagnosis, but I know now that I live with a venomous combination of fibromyalgia, endometriosis, irritable bowel syndrome, and hypermobility syndrome.

Together, these conditions stole away my physical strength, sapped my energy reserves, and dragged my mental health into a pit of despair. I felt as though the pain was burying me alive, with each flare throwing another handful of dirt down into the abyss to be choked on.

In the first few years of taking up arms against my illnesses, depression joined the party, and I developed a more sedentary lifestyle, which worsened the pain’s impact.

“Chronic pain may prompt people to remain sedentary for longer, leading to stiffer muscles and joints, weight gain, and, often over time, to yet more pain,” says Hascalovici.

“The stress associated with chronic pain can contribute to inflammation and lowered health overall across multiple dimensions, such as an impaired immune system, gastrointestinal disruptions, cardio/cerebrovascular symptoms, and many more symptoms,” he adds.

As the years dragged by, my resistance to pain weakened. The cycle of flowing between just about manageable to unfathomable levels of pain felt inescapable.

My studies, career, relationships, fitness, and creativity all experienced blows as pain seeped into every crevice of my life.

I started to idolize suicide. It became an addictive fantasy fed by my obsession with becoming pain-free.

Suicidal ideation encompasses thinking about, considering, or planning suicide, which dominated my daily life. Every activity was haunted by intrusive thoughts demanding I consider suicide, plan the method, or hyper-fixate on how it would feel.

“Chronic pain can undermine a person’s internal resources and resilience, giving them less resistance in the case of suicidal ideation,” says Hascalovici. “Chronic pain can also narrow a person’s focus and contribute to ‘all or nothing’ thinking, meaning that a person may be more likely to concentrate on problems and negative elements.”

Lost in this cycle, and lacking options to resolve my pain, I edged closer to leaping into eternal darkness. This was exacerbated by developing a fearlessness of death.

One study exploring the risk factors associated with suicide showed chronic pain can cause people to develop a lack of fear in connection to death. The concept of not being here anymore was no longer attached to any sense of trepidation, only relief.

In my early 20s, alongside my spiraling mental health, I began to shrink my life to accommodate pain, which cemented the belief that illness would be the sum of my life.

“It’s the small circles that we draw around ourselves that can then be quite depressing,” says psychotherapist Charlotte Fox Weber, who has worked closely with chronic pain patients. “Restriction, in general, has a depressing effect on us, so when that restriction is closing in, it can increase anxiety and make the outside world feel more threatening.”

Fighting for treatment and recognition

Another link in the chain connecting chronic pain and suicide is the relationship between doctors and patients.

I’ve encountered doctors who doubted or dismissed my experiences or asked questions with such ferocity that I could hear their categorization of me as a “hysterical woman” loud and clear.

The exhaustion of fighting for treatment and respect from medical professionals alongside combatting my actual chronic illnesses led to heightened suicidal ideation.

“Trust is another consideration, as patients with chronic pain and long-term illnesses may have previously encountered healthcare professionals who may not have understood what they’re going through or healthcare systems that did not support them sufficiently,” says Hascalovici.

“These breaches of trust can make it difficult for a patient to trust a new provider, understandably, and can make a patient question the value of continuing to try to explain what they’re struggling with,” he says.

The exhaustion of fighting for treatment and respect from medical professionals alongside combatting my actual chronic illnesses led to heightened suicidal ideation.

These experiences are even more impactful for women and people of color. In a 2019 HealthyWomen survey, 36% of women agreed that they didn’t think their pain was taken seriously by healthcare providers.

Research also shows that Black individuals, relative to white people, are less likely to receive appropriate pain medication. In a 2021 study, researchers compared pain medication prescriptions between Black and white patients and found that, while they receive the same number, doctors prescribe significantly lower doses for Black people in 91% of cases.

Instead of receiving support, even from chronic pain specialists, I ran into obstructions. Doctors refused to give referrals for additional treatments, discharged me from their care without notification, and, on one confidence-destroying occasion, accused me of being a “drug-seeker” because I “should be fine now.”

Resistant doctors were unable to admit that they didn’t know what to do, so they opted to make me responsible for chronic pain’s enduring presence.

“Being able to say ‘I don’t know’ and allowing the patient to say that they have more authority over their own pain experience is crucial,” says Weber.

When a doctor finally told me, “I don’t know what’s wrong with you,” it released a decade of pent-up shame and self-blame. I finally saw that it wasn’t my fault.

People with chronic pain are at three times the average risk of developing psychiatric symptoms, such as anxiety or depression. Both conditions are risk factors for suicidal ideation and suicide.

Despite the clear links, recent studies are limited and resources focused on preventing suicide among people with chronic pain are scarce.

Only the incredible support of family and friends and my persistence prevented me from being overwhelmed by suicidal ideation. If more medical professionals were equipped with training to treat the mental and physical impact of chronic pain, I could have reduced the effects sooner.

“It is important to treat chronic pain but also to look at its impact on a person’s mental health and treat that as well,” says Doreen Marshall, PhD, psychologist and vice president of Mission Engagement at the American Foundation for Suicide Prevention.

“Mental health and physical health are inextricably linked, and it’s important that we proactively address the physical and mental effects of chronic pain,” she adds.

Developing a deeper understanding of how chronic pain operates and recognizing its intersection with mental well-being liberated my life from suicidal ideation. Although compassionate care from specialists helped, the ultimate prevention appeared in the form of opening up and asking for help.

I shared my struggles with loved ones and pursued mental health care focused on shattering the toxic connection between chronic pain and suicide. The road has been marred by cracks and side quests, but I am still here, following the track and resisting the pull of ideation.

Chronic pain and suicide are stigmatized by shame, misinformation, and a lack of research. We have to acknowledge the impact of stigma to save lives.

“In some cultures or for some individuals, it may seem ‘weak’ to admit to feeling pain,” says Hascalovici. “Some people may also feel that their jobs may be imperiled if they seek support for chronic pain, suicidality, or long-term illness.”

The road has been marred by cracks and side quests, but I am still here, following the track and resisting the pull of ideation.

For too long, I internalized my chronic pain to make others more comfortable and forewent help to remain the “strong patient” everyone wanted to be friends with, not the “victim” they associated with long-term illness.

Shedding this mirage empowered me to heal my mental health while educating others about the realities of chronic pain and suicide.

“It is important that we recognize that we all have mental health and that we can take steps to take care of our mental health,” says Marshall. “Stigma is often addressed when we hear people who struggle — either with chronic illness, mental health concerns, or both — share their stories and let people know they are not alone.”

My journey of managing chronic pain and resisting the pull of suicidal ideation is far from over. As long as chronic pain is present in my life, I know the risk factors remain.

But I am full to the brim with hope. More people are speaking out about their experiences and encouraging people with chronic pain to protect their mental health.

We’re chipping away at the devastating impact of chronic pain and, if we keep working, we can save more lives.

Hannah Shewan Stevens is a freelance journalist, speaker, press officer, and newly qualified sex educator. She typically writes about health, disability, sex, and relationships. After working for press agencies and producing digital video content, she’s now focused on feature writing and on best practices for reporting on disability. Follow her on Twitter.