Migraine Sucks. So Does ADHD. Here’s How to Deal When You Have Both 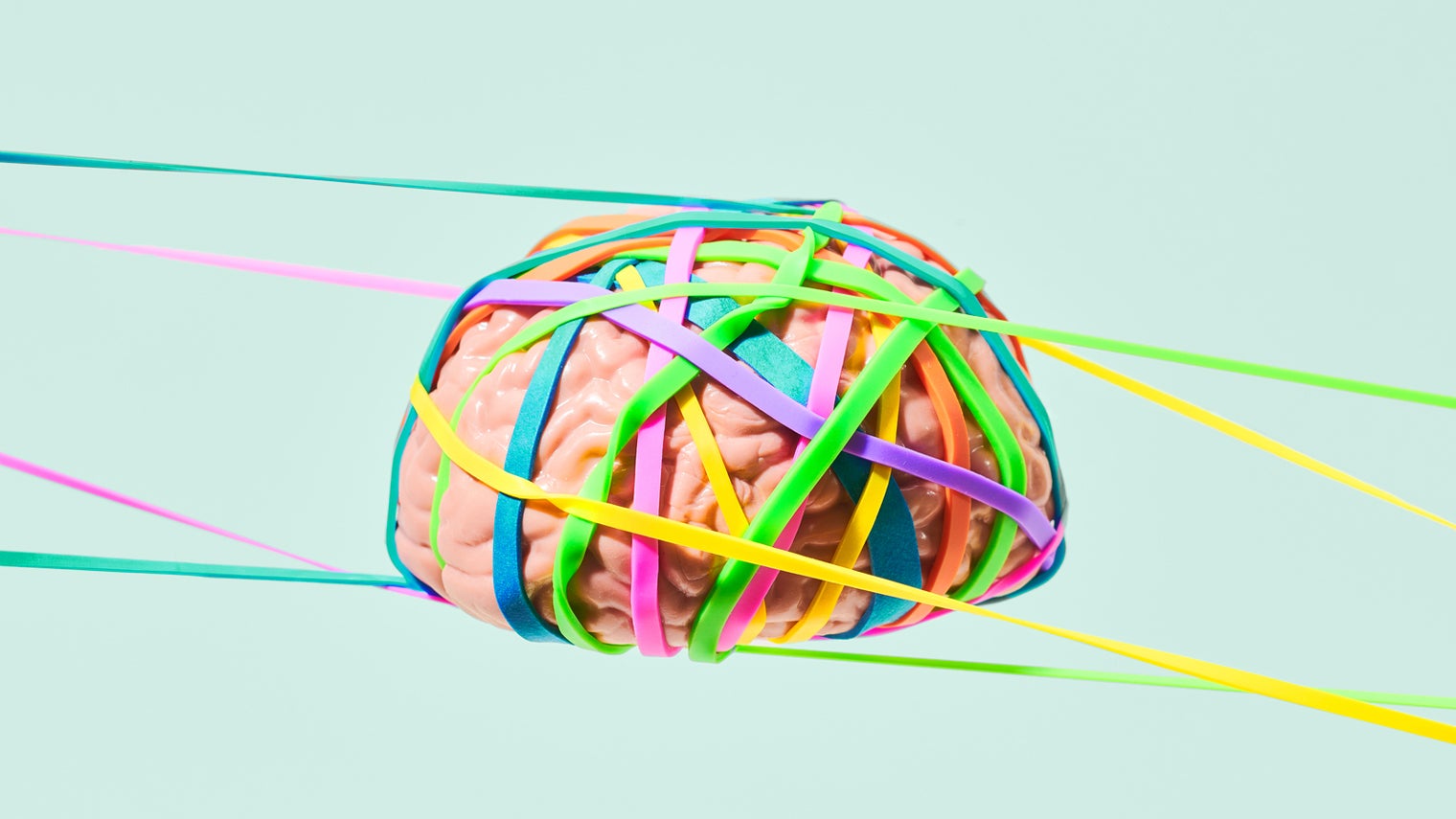 Trying to focus when experiencing a migraine episode is like trying to ride a bicycle with your hands tied behind your back: doable, maybe, but extremely difficult.

Attention deficit hyperactivity disorder (ADHD) also impairs your ability to focus, although in a much different way. Imagine your mind as a computer. Some days, ADHD is like being online with 20 different browser tabs open at once. Other days, it’s like trying to connect to the internet with dial-up. Either way, it’s hard to get a whole lot done.

And having both conditions, as I do? That’s like hitting the neurological jackpot (only, you know, a bad jackpot, like the lottery in “The Hunger Games”).

The link between ADHD and migraine

At least I’m not alone. Research, including a 2018 study and a 2011 study, suggests people with migraine are more likely to have ADHD and vice versa. In a way, this makes a lot of sense.

Both are neurological conditions, which means they affect the brain and nervous system. Both are closely linked with two neurotransmitters: dopamine and serotonin. And both impact your sensory processing system, meaning they impair how you process the things you see, hear, smell, taste, and touch.

Although these similarities might make ADHD and migraine seem like long-lost cousins, there are plenty of differences between the two.

A migraine attack is like a headache on steroids — it involves debilitating pain and is often accompanied by a variety of other uncomfortable symptoms. Personally, my migraine episodes come with extreme nausea, dizziness, and neck pain. People can also experience visual symptoms (called aura) and increased sensitivity to light and sound.

Treatment varies but often involves medication. Migraine medication is either preventative, meaning it’s taken daily, or abortive, which is taken in response to an attack.

Thankfully, my migraine attacks are episodic. If Tylenol or ibuprofen doesn’t do the trick, I take rizatriptan, a prescription triptan.

ADHD is often mistakenly considered a learning disability. It’s not. It’s a neurodevelopmental disorder, but many of the symptoms impact a person’s ability to learn. For example, being easily distracted, having difficulty paying attention, and feeling restless can all make learning more difficult.

There are generally three different types of ADHD: hyperactive-impulsive, predominantly inattentive, and combined (which is characterized by both hyperactivity and difficulty with attention).

Like with migraine, symptoms can vary based on type and severity. But unlike migraine, ADHD is a persistent condition. Thus, treatment is ongoing and typically lifelong. And while it can include some form of behavioral therapy, medication is often used.

For ADHD, there are two categories of medication:

Stimulant medications are considered the first line of treatment and seem to work best. Personally, that’s what I use and I can attest to its effectiveness.

But stimulants can get a bad rap, particularly when it comes to their side effects. These often include loss of appetite, difficulty sleeping, nausea, dizziness, and — you guessed it — headaches.

So, do stimulants cause migraine attacks?

According to Huma Sheikh, a board certified neurologist and Harvard-trained headache specialist from the NY Neurology Medicine PC, stimulants can increase migraine frequency — but only in those who already have the condition.

That could be due to the side effects of stimulant medications. For example, when I take Adderall, I notice I’m not as thirsty. Or maybe I just don’t remember to drink as much water when I’m focused on other things. Either way, I have to actively try to stay hydrated.

Stimulants can also decrease appetite, and both dehydration and meal skipping could trigger a migraine attack.

Dealing with migraine when you take stimulants

When a migraine episode doesn’t respond to over-the-counter painkillers, I turn to my prescription rizatriptan. Having ADHD, I also take Adderall most days.

Luckily, there’s no interaction between the triptans and stimulants. But just because it’s safe to take both, it doesn’t mean it’s comfortable. And, often, it’s not.

Adderall, like most stimulants, can make you feel more focused and alert. But triptans tend to do the opposite, they make you feel drowsy.

That’s typically a good thing. If I have a migraine attack, I usually want to sleep. So, taking a triptan can help me do that, waking up pain-free. But if I’m also on a stimulant, it’s hard to fully relax.

In addition, both triptans and stimulants can cause nausea, dizziness, and vomiting, three symptoms that can also go hand-in-hand with migraine. So, it’s very possible that your migraine-induced nausea and dizziness could increase with this combination of medications.

At least for me, though, that’s never happened. I’ve always found that triptans decrease the nausea I get from migraine attacks. But, of course, everyone is different.

The important thing is to find what works for you. If you take stimulants, pay attention to how you feel when you take your migraine medication. And if there’s a noticeable discomfort, talk with your doctor to figure out if a different combination might be right for you.

Finally, make sure you drink enough water and eat every meal. That might help prevent a migraine attack from being triggered.

Katie Mannion is a freelance writer based out of St. Louis, Missouri. She works as an Occupational Therapy Assistant. Through both her professional work and her writing, she’s passionate about helping people improve their health, happiness, and activities of daily living. You can follow her on Twitter.