Why I Advocate: Alexes’ Migraine Story 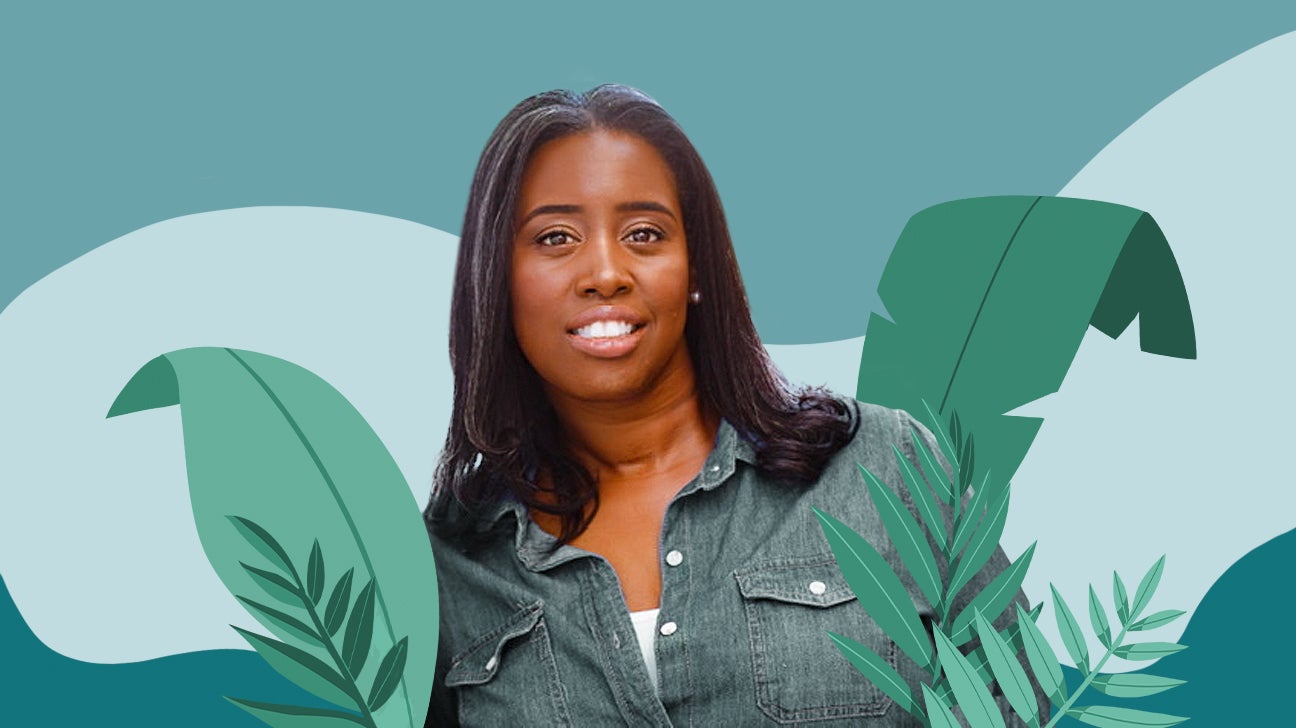 As a child, Alexes Griffin recalls telling her mom she felt “mesmerized” when her head hurt.

“I was in 1st or 2nd grade and it’d feel like I was staring at the sun. I didn’t have the right words to explain what was happening and the language I used was confusing to other people,” she says.

Sometimes she felt so dizzy or nauseous that she would fall to the ground in discomfort. However, her symptoms were often brushed off as her being overheated or having low blood pressure or low glucose levels.

The episodes continued into her teenage years.

“I remember falling into a store display and I came to in the bathroom, but had no idea how I got there. From that point on, I avoided malls and a lot of situations,” says Griffin.

After three decades of battling her condition, she was finally given a diagnosis of complex migraine with hemiplegic and basilar migraine.

“It made sense finally,” she says. “All those times I felt mesmerized, it was migraine with aura, and all the times I felt weak and dizzy, I was experiencing basilar migraine.”

While getting a diagnosis brought peace of mind, Griffin still struggles with finding effective treatment, and continues to search for relief.

Along her journey to diagnosis and as she sought out treatment, Griffin has battled disbelief and doubt about her symptoms from medical professionals.

“Every ER visit, new doctor, every pharmacy visit in person or over the phone is so discouraging to the point where sometimes I just don’t want to go or get help,” she says. “Not being believed about what you’re going through, including the pain you’re experiencing, is devastating.”

As a teen, she was told her symptoms were psychological and situational.

“A white male doctor asked me if I was in a single parent household and when I told him my father was absent, he said my experience must be from that,” says Griffin.

“Too many times, I’ve had the feeling that when a medical professional sees me, they’re not seeing their daughter, niece, aunt, or grandmother, and that I’m being locked out to access of care because I’m a woman of color,” she says.

She’s also experienced judgement based on her weight. Because she also has Crohn’s disease, she has taken high doses of steroids which caused her to gain weight.

“Some doctors I’ve seen at my highest weight, and because of that have not been taken seriously. But then when I lost weight, I was also told that I lost too much. I wasn’t good enough either way,” Griffin says.

Griffin doesn’t want other people living with migraine to go through their journey alone, so she’s doing something about it.

In 2018, after a series of stays in the hospital, she started following others with migraine on social media. Through a Facebook migraine group, she learned about Bezzy Migraine (formerly Migraine Healthline), a free community created for people with migraine.

The community matches those in the migraine community with others based on migraine type, treatment, and personal interests, so they can connect, share, and learn from each other.

“I have a lot of waking hours and suffer from insomnia, so I began using the app a lot, connecting with others to show them empathy and understanding. I would see other people struggling and share my story as well as connect them with reputable links to information,” says Griffin.

Her thoughtfulness and impact on others caught the eye of Bezzy. Griffin is now an ambassador for the community. She leads group discussions on topics that include triggers, treatment, lifestyle, career, relationships, managing migraine attacks at work and school, mental health, navigating healthcare, inspiration, and more.

By sharing her experiences and guiding members through relevant and engaging discussions, she helps unite the community while offering friendship, hope, and support.

“I’m grateful to have the opportunity to have a platform where I can voice my story and be believed. Finding a purpose in my pain means helping others by sharing my story,” she says.

“I was really suffering a few years ago, and Healthline helps me give people who are in that place an ear and a shoulder to lean on so they know they’re not alone,” she adds.

She also enjoys giving users informative resources to help them communicate with their family and doctors.

“It’s a strange world to navigate living with an invisible disease and not being believed, so any tools I can give people to advocate for themselves, I’m all about,” she says.

Adding humor to a heavy experience

While living with migraine can be heavy, sometimes Griffin taps into her love of comedy when advocating.

“Being a comedian gives me perspective on my condition. It’s a way for me to remember that I’m a person living with migraine, I’m not migraine living with Alexes,” she says.

“I want to give people the human side of living with migraine and let them know it’s OK to experience many emotions,” she adds. “We can still laugh at life and our situation even if we are in pain, hurting, and frustrated.”

Cathy Cassata is a freelance writer who specializes in stories about health, mental health, medical news, and inspirational people. She writes with empathy and accuracy and has a knack for connecting with readers in an insightful and engaging way. Cathy contributes regularly to Healthline and Verywell, and she has also been published in HuffPost. Read more of her work here, and connect with her on Twitter, Instagram, Facebook, and LinkedIn.